Local Resident to Put MP Through Her Paces 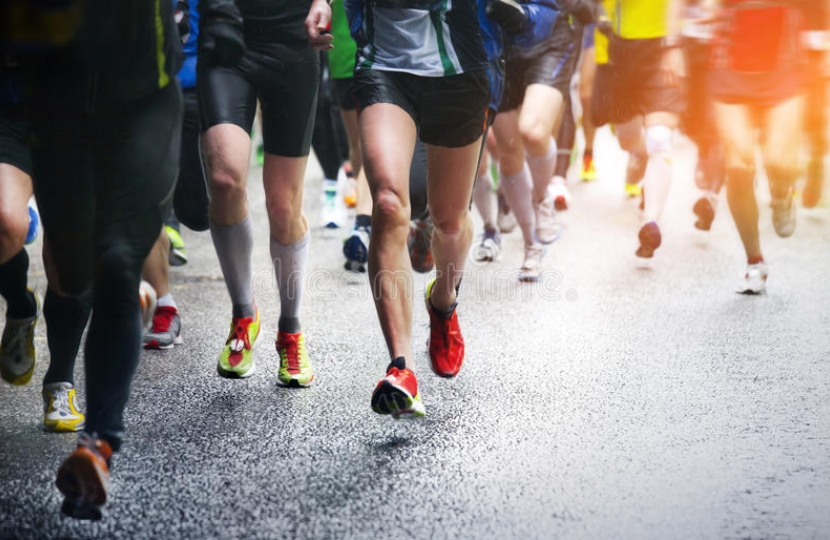 Bishop Auckland MP signs up to run a marathon with local resident in memory of her close friend and relative.

Joanne Illingworth, from Bishop Auckland, has teamed up with her local MP Dehenna Davison and her Chief of Staff Jack to run across Bishop Auckland in a charity marathon later this year.

Due to the effects of the Coronavirus pandemic the London Marathon, originally set to take place in April, has been re-arranged for the 4th October. With slightly different settings for this year’s marathon, Joanne decided to contact her local MP Dehenna Davison to see if she would meet her at the finish. Davison replied saying she and a staff member would join her for the full marathon with Jack running the first half and Dehenna joining to run the second half.

“If running (and walking) wasn’t hard enough I won’t have the crowds, the landmarks or the support in water station, St. John’s Ambulance, etc that we take for granted at any major running event. Fortunately, I’ve never had to use the latter.

“I contacted my local MP Dehenna Davison to see if she would run a mile or meet me at the finish in the hope it would generate a little bit of publicity and in turn help me fundraise for the 2 charities.

Well to say I was shocked at the reply saying Jack (Davison’s Chief of staff) would do the first bit and Dehenna would do the last bit.”

Starting her journey in October 2019, Joanne has been training and fundraising for 10 months. Not a stranger to the marathon, Illingworth has run in three marathons, the latest being 2019. After finishing in 7 hrs in 2019 she was offered a guaranteed free place for 2020 and now is raising money for Macmillan and local charity Angel’s Trust.

Commenting on her plans to join Joanne on her run across Bishop Auckland, Dehenna said:

“I had planned to participate in the Great North Run before it was canceled so when Joanne got in contact with me to ask if I would join her running this marathon, I was more than happy to get involved.

“Both charities are quite close to my heart and are excellent causes to get involved with. I hope to see as many faces as social distancing will allow out in the street to support Joanne as she completes her marathon.”

Donations can be made via https://uk.virginmoneygiving.com/fundraiser-display/showROFundraiserPage?userUrl=JoanneIllingworth&pageUrl=5