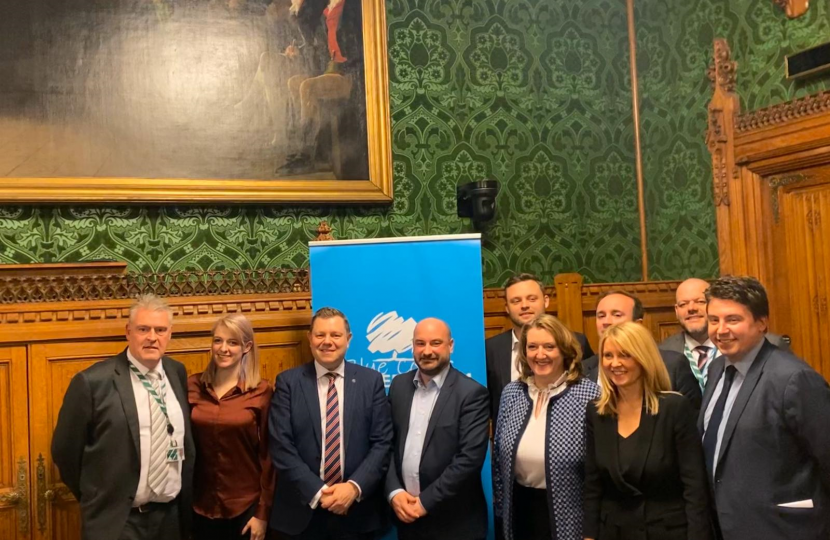 Dehenna Davison MP has welcomed a consultation to give better protection to Durham Constabulary Police officers - and wants the future Covenant to include tougher sentences for assaults on Police.

The Bishop Auckland MP wants officers to be recognised for the work they do and how they put their lives on the line daily without a thought for their own safety.

She is supporting Government’s plan for a Police Covenant – which is now out for consultation – and hopes measures to crack down on anyone found guilty of assaulting an officer will be included in the final package.

Latest Home Office figures show there were 507 assaults on Durham Police officers in 2018/19. Of those 141 resulted in injury.

Dehenna said: “Last night I chaired a Blue Collar discussion about crime and policing where we heard from a range of voices in the police including, the Lincolnshire PCC and Chair of the Police Federation John Apter. We had a very constructive discussion about what the Government is getting right and what we can do to continue to support those on the ground.

“I am delighted officers in Bishop Auckland and across Durham will soon have added protection through the Covenant. Policing is a dangerous job and we owe it to them to show we appreciate the risks they take in keeping us safe. One attack on an officer is one too many and I want the Covenant to include tougher sentences for anyone who attacks our officers.”

Davison is part of Blue Collar Conservatism, a group of MPs who want to listen and talk with regular voters about what policies government should be delivering on in a bid to reconnect with people and deliver on what matters to them and their families. The group campaigned for the Covenant last year and secured backing for their demand from all 19 Conservative Police and Crime Commissioners up and down the country, the Police Superintendents’ Association and the National Police Federation of England and Wales.

Led by Tatton MP Esther McVey, she said: “I’m delighted the consultation on what should be included in a Police Covenant is now underway and that ministers are already pursuing a Blue Collar Conservatism agenda. As a group we will be submitting a formal proposal about what we want to see in the Covenant, something which we campaigned so long for.

“Police officers are willing to take risks to keep us safe and we have a duty to protect them and ensure they are recognised for the work they do.”

BCC wants sentences increased for anyone found guilty of assaulting a police officer. As it stands a 12 month sentence can be given under the crime of assaulting an emergency worker – a sentence doubled by Government last year. But Dehenna Davison believes the Covenant is a perfect opportunity for sentencing powers to be increased.

Across England and Wales there were 31,000 assaults in 2018/19 of which 10,400 resulted in injury. It means there were around 26 assaults for every 100 officers on duty in that year based on full time-equivalent officers.

As part of BCC the group has been travelling up and down the country meeting the public in pubs and on campaigning days asking what they want to see from government, as well as seeking their priorities on education, housing, the NHS, police and crime and transport.

More than 100 MPs are part of Blue Collar Conservatives.

The Prime Minister has today progressed our Coronavirus response, meaning there are a few changes to what we should do if we feel unwell.

IF YOU HAVE EITHER A NEW CONTINUOUS COUGH OR A HIGH TEMPERATURE YOU SHOULD STAY AT HOME AND SELF-ISOLATE FOR 7 DAYS.