Levelling up at the local elections 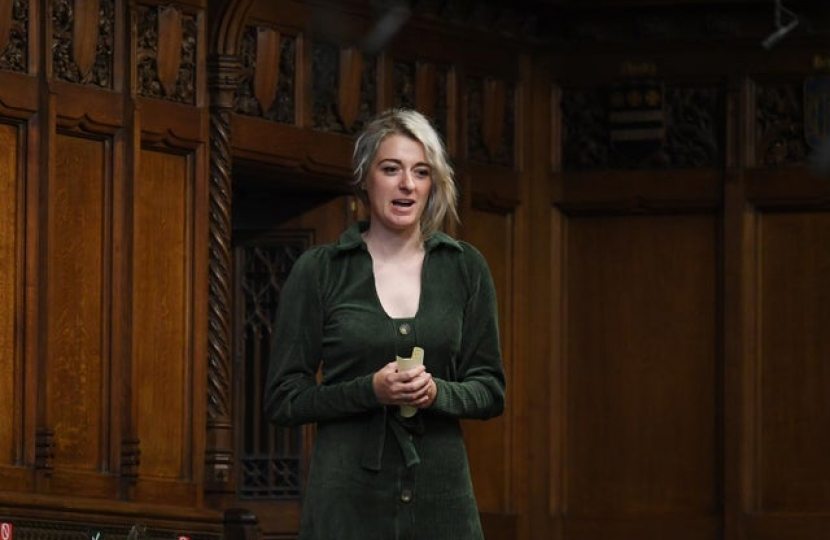 Planning campaign sessions via Zoom. Going out and immediately running back to get your mask. Remember - Hands. Face. Space.

These just weren’t things I had to think about when I was out campaigning in the General Election, just over a year ago. So, I really feel for this year’s candidates. The past year has been anything but normal but with the vaccine programme ramping up and delivering, we’re finally able to look forward to the future.

My first year as an MP has been dominated by COVID. Whether that be making sure that the public are keeping safe, helping the vulnerable with shielding, or supporting businesses in staying afloat, I’ve seen first-hand how tough this pandemic has been on people.

Which is why it’s hard to emphasise just how much of a lifeline the support provided by the Chancellor, Rishi Sunak, has been to businesses. I’ve visited countless businesses that have managed to weather the pandemic thanks to schemes such as the Coronavirus Job Retention Scheme, Bounce Back Loans, or the grant funding provided by the Treasury to local councils. That’s over 80,000 employees backed by the furlough scheme and over £45m to Durham County Council from this Conservative Government. That’s local businesses in County Durham staying afloat with the help of the Government.

After the General Election, the Prime Minister came up to the North East and said he “will never take your support for granted”. With the Government committed to levelling up our region, we’re showing that we’re not taking any voters for granted, but particularly those of you who lent us your vote for the first time. And we can see that, with the Government investing heavily in the North East, with the Freeport in Teesside, and with both the Treasury and the Department for International Trade moving up here. Not to mention countless towns in our region benefiting from tens of millions of pounds through the Towns Fund.

It’s with this commitment to levelling up that I come to this year’s local elections. While the Government can push the levelling up agenda, it also needs to come from our local leaders, and that means the council.

My message in the General Election was simple. The local Labour leadership took you for granted for far too long. By putting your faith in me in 2019, I know I have to continue to work hard to repay that trust. And that’s exactly what I am doing.

The local Labour leadership cotninued to take you for granted until, in 2019, you used your voice and voted for change. But the current Labour-run council have been taking you for granted too, just assuming they’ll be re-elected to County Hall because “it’s always been Labour round here”. They’re even putting up the same Labour candidates that lost your trust back in 2019!

But to really get to the heart of levelling up, to drive it forward from the bottom up and improve our communities, we need to elect more Conservative candidates to Durham County Council. We only have to look across the way to Teesside and see how Ben Houchen’s approach of working with the Government delivers. Ben’s leadership has meant Tees Valley has been able to secure inward investment and redevelopment, ensuring a strong base for local job creation. And with Teesport, Tees Valley is poised to take advantage of new trade deals, and further stimulate the local economy. That’s local Conservative leadership working with the Government.

Revitalising our high-streets in Bishop and Spennymoor, improving local transport infrastructure and the Toft Hill bypass, repairing and reopening Whorlton Bridge. These are all issues I’m working on as your local MP. But these are all also affected by local decision making. By voting in local elections, you’re voting for who you want to push for those changes, and work with both me and the Government to deliver for County Durham.

This past year has been tough. But the Government’s commitment to levelling up remains stronger than ever. Let’s work together, locally and nationally, to continue delivering, and vote Conservative on 6th May.