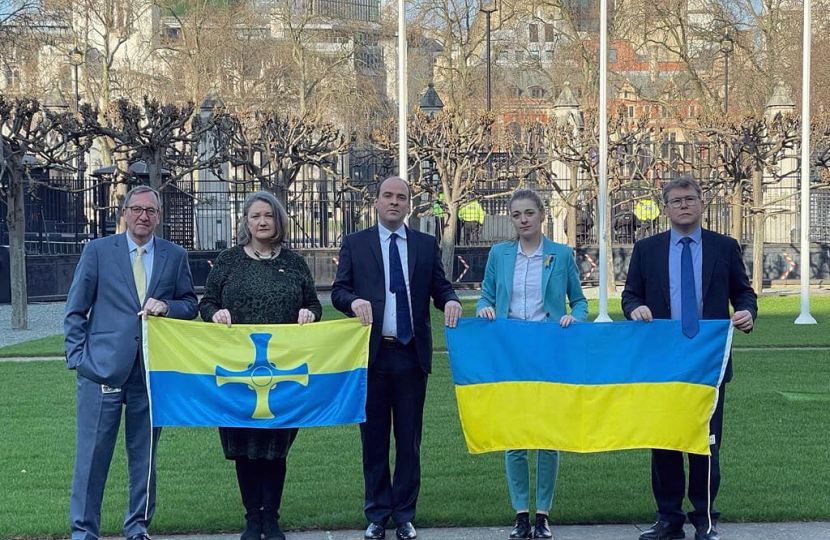 The Home Secretary announced this week that we are streamlining the Ukraine Family Scheme so that Ukrainians with passports can get permission to come here online, speeding up the application process.

From Tuesday next week, Ukrainians with passports coming to the UK under the Ukraine Family Scheme can apply online – speeding up the application process and making sure they can get to safety quickly.

This week the Government introduced amendments to their Economic Crime Bill, providing changes that will allow the UK to hit Putin's allies harder and faster.

Our message to Putin and his cronies has been clear from day one - invading Ukraine would have serious and crippling consequences. We have been true to our word, introducing the largest and strongest sanctions package in our history, but we are not stopping here.

The changes we are making will allow us to go faster and harder on those closest to Putin, including oligarchs, as we continue to ratchet pressure in the face of illegal and unprovoked Russian aggression.