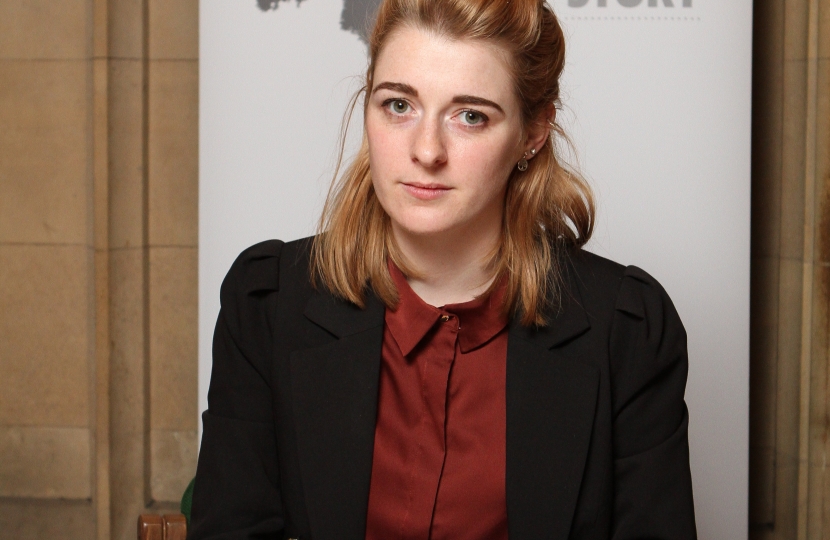 Dehenna Davison has signed the Holocaust Educational Trust’s Book of Commitment ahead of today’s day of remembrance.

Today marks the 75th anniversary of the liberation of Auschwitz-Birkenau, the largest Nazi death camp. Holocaust Educational Trust (HET) encourages remembrance in a world scarred by genocide. We promote and support Holocaust Memorial Day (HMD) – the international day on 27 January to remember the six million Jews murdered during the Holocaust, alongside the millions of other people killed under Nazi Persecution and in subsequent genocides in Cambodia, Rwanda, Bosnia and Darfur.

MPs from across the house have signed the Trust’s Book of Commitment on the 75th anniversary of the liberation of Auschwitz-Birkenau.

“As an incredibly poignant event, it is so important that we remember the 6 million Jewish people and millions of others murdered in the Holocaust.

I visited Yad Vashem last summer and found it one of the most moving experiences of my life, especially seeing the hall of names and the countless files.

We must take this moment to reflect on the abhorrent events that happened and ensure we continue to teach future generations so that harrowing events like the Holocaust never happen again.”

““As the Holocaust moves further into history, it falls on all of us to ensure that their stories and the stories of the 6 Jewish million men, women and children brutally murdered by the Nazis, are never forgotten. We all have a duty to remember the Holocaust and to stand up against antisemitism and hate, now more than ever.”