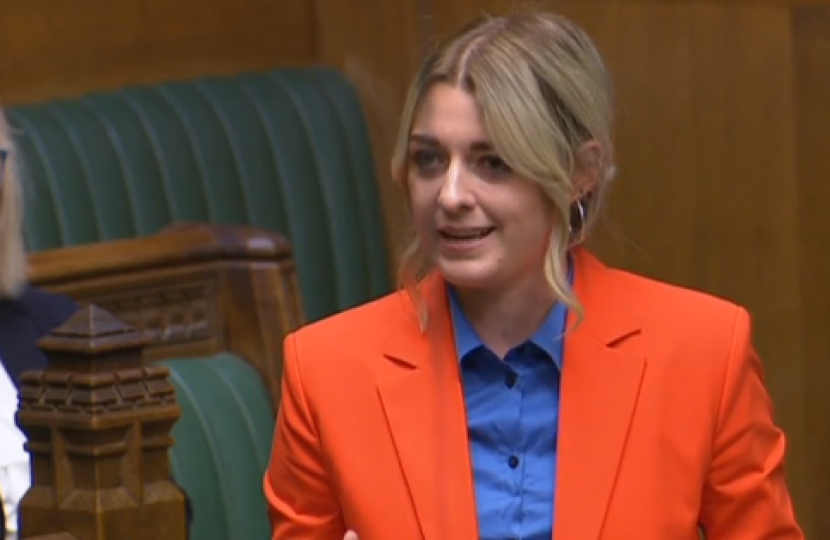 On Wednesday afternoon Dehenna Davison MP asked at Prime Minister’s Questions for assurances that the Government are tackling their ambitious war on crime. When asking her question, Davison mentioned the concerns residents have raised to her saying:

“Every day I receive messages from Bishop Auckland residents about crime and about how they won't see we politicians taking a tougher stance.

"My own history involves learning about violent crime, in a way I never wished to learn about it. And that's part of the reason I actually stand here today. The first duty of any government is to protect the public it serves but for too long, our criminal justice system has fallen short of the mark.”

The Government have set an ambitious target to recruit 20,000 new police officers and on Wednesday the Prime Minister confirmed they are on target to achieve this, with 5,000 already employed. The Home Secretary announced recently plans to enshrine a Police Covenant in law to better protect both active and retired officer’s physical protection, health and wellbeing, as well as support for families.

Responding to the question, the Prime Minister said:

“We're not only recruiting another 20,000 police officers and I think about 5,000 of them have already been recruited, but we’re introducing measures to stop the early release of serious sexual and violent offenders.”

Alongside their ambitious targets on crime, the Government are introducing the Sentencing Bill. This Bill will ensure that the sentences served by terrorists reflects the severity of offending and will strengthen the tools for monitoring them in the community. The Bill is set to come before the House for its second reading on Wednesday next week.