Dehenna Davison Nominated for MP of the Year 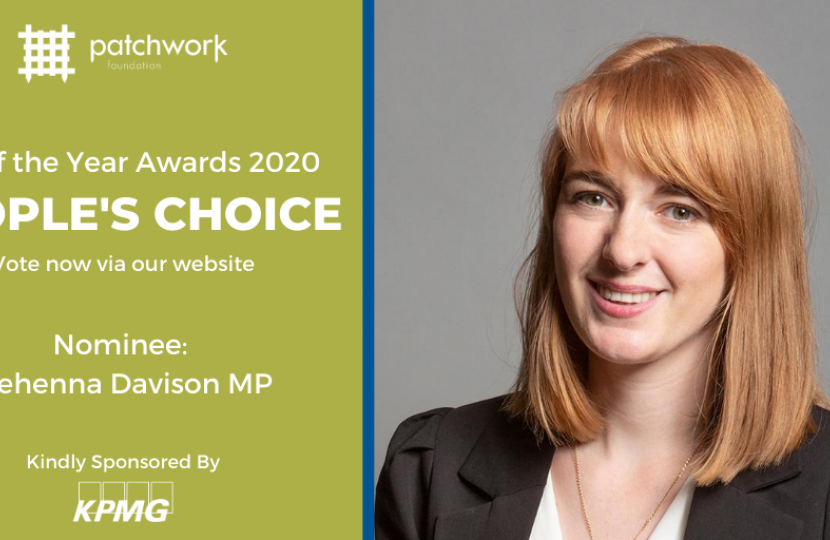 Bishop Auckland MP Dehenna Davison is nominated for MP of the year award.

The MP of the Year Awards run by the Patch Work Foundation is an annual competition to recognise MPs across the country who work closely with disadvantaged and underrepresented communities, ensuring they are supported.

The awards are determined in two ways. The first, Judge’s Awards are voted for by an independent panel and the second is voted for by the public. Davison is the only North Eastern MP nominated, and is only a small number of Northern MPs.

Upon receiving the news that she was nominated, Dehenna said:

“I’m a little blown away to be nominated for the People’s Choice MP of the Year Award. Especially as I have only been an MP for just over 8 months!

“To whoever nominated me, thank you I am truly honoured. Like many others, I just work hard and try to get things right!”

Voting is now open until the 30th August with winners announced later in the year.

Voting can be made via this link: https://patchworkfoundation.org.uk/