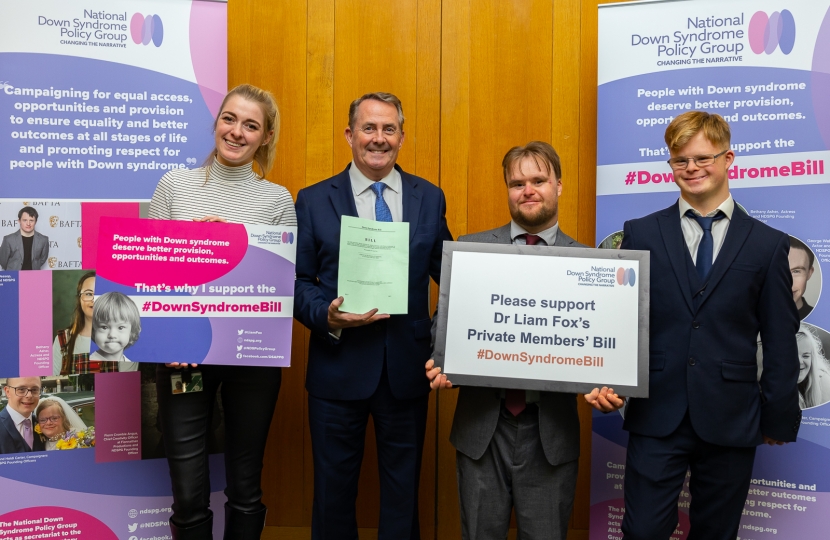 Bishop Auckland MP, Dehenna Davison, joined colleagues from across Parliament to support the Down Syndrome Bill which will be debated in the House of Commons on Friday, 26th November 2021.

The Government announced last week that it will support the Down Syndrome Bill.  This means the Down Syndrome Act 2022 (as it will become) will improve provision and outcomes for all those living with Down syndrome in England.  This will encompass, amongst other areas, maternity care, education, health, social care and employment.

The National Down Syndrome Policy Group has launched a new campaign in support of the Bill. The ‘Stand Up for Down Syndrome’ campaign includes a Change.org petition which has attracted the signatures of 30,283 people with Down syndrome, their families and supporters.  Thousands of constituents have written to their MPs as part of the campaign urging them to support the Bill.

Many of those taking part in the campaign have shared photos of their children with Down syndrome on social media to help send a strong message about the importance of the Bill.

“I am delighted to be supporting the Down Syndrome Bill.  For the first time people with Down syndrome are beginning to outlive their parents.  If we do not make provisions for this then we risk witnessing avoidable human tragedies.  Not only do we have an opportunity to address this situation, but we can go much further ensuring those with Down syndrome can access the Health, Education, and Social Care services they need.”