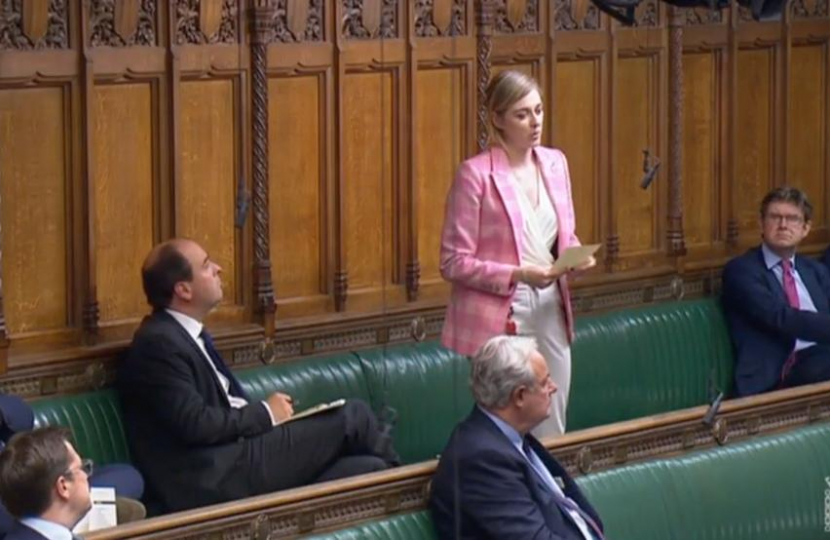 During Home Office Questions, Dehenna Davison called for more information to be provided to those hosting refugees to help with the process of registering with a GP, getting a national insurance number and getting biometric checks.

In her question, the MP said:

“Mark and Lucy praised the ease and the speed of the actual visa application process. But did raise some concerns that they were given very little information about to support Alina” when settling in.

“My hon. Friend raises an important question, as well as some practical points that are constantly being addressed through the scheme. Welcome packs have been provided, and the Departments for Levelling Up, Housing and Communities, for Education, and of Health and Social Care have, through local authorities, received support and guidance from central Government.

“I thank my hon. Friend’s constituent for what he is doing, and for his suggestions. Much of that information is on gov.uk, but if there is more we can do—it sounds as if there is—we will join this up, and I will pick up that representation directly.”

The UK Government is providing £220 million to save lives and protect vulnerable people inside Ukraine and in neighbouring countries. This includes over £74 million to UN and Red Cross Agencies and £25 million in funding to the Disasters Emergency Committee Appeal. Since the start of the conflict the UK has helped to resettle around 50,000 Ukrainian refugees.