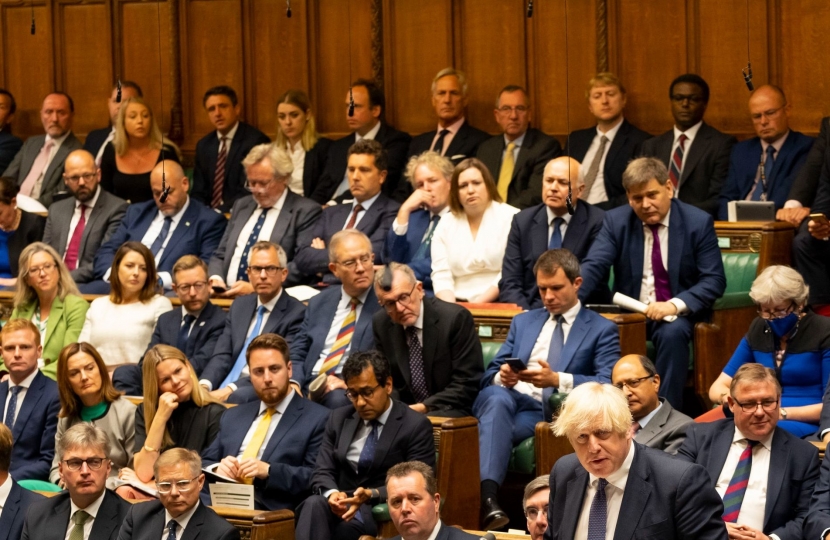 Madam Deputy Speaker, seeing events unfold in Afghanistan over the past few weeks has been deeply troubling. Though 3,000 miles away, videos of people desperately clinging onto moving planes to get to safety have brought the atrocities much closer to home.

There have been moving contributions from Members across the House today, but I must pay tribute to the Hon Member for Tonbridge and Malling. His speech a few hours ago is one that will stay with me for the rest of my life and I am proud to call him both a colleague and a friend.

May we never take our freedom for granted.

Because we can see in Afghanistan now what it looks like when freedom slips away. As we have been sitting here, the Taliban have opened fire on a crowd protesting their rule. Whilst the Taliban forcefully take hold, it is our responsibility to offer sanctuary to those who put their lives at risk in support of our efforts for peace, and to those civilians fleeing, fearing for their safety.

I thank the Government for both the ARAP scheme and the newly announced Afghan Citizens’ Resettlement Scheme, but I must press upon Ministers the urgency to process applications as quickly and efficiently as possible. These are not statistics, these are humans going through hell who desperately need certainty.

And I must talk of the others who have gone through hell, our veterans. 454 lives lost, thousands injured, and many more left with deep emotional scars, as we have heard today from Honourable and Gallant Members.

This morning, I spoke to my constituent Tommy Lowther, a veteran who set up the incredible veterans’ support group “Sporting Force”. Tommy’s work locally is remarkable, and he is well deserving of both my Unsung Hero award and the Prime Minister’s Point of Light award.

Tommy is worried. He has seen referrals increase by 60% this week alone, all centred around the events in Afghanistan. This crisis has opened old wounds, as outlined by the Honourable Member for Plymouth Moor View who spoke of veterans experiencing “new feelings” they “aren’t trying to deal with”. And last year, we saw the armed forces suicide rate reach its highest level since 2005. We cannot allow this to become an upward trend.

I asked Tommy Lowther what his message to the Government would be. He said

“We need to make sure anyone who has served in Afghanistan, and their families, are going to be looked after. Organisations like Sporting Force don’t mind picking the mantle up and supporting people but we need government help. With numbers going up, you need capacity, and to have capacity, you need the funds.”

I was pleased to hear my Hon Friend from Tonbridge and Malling that the Health Secretary has committed to do more for veterans’ mental health. Because, given the dedication, bravery, and sacrifice of our armed forces, as my Rt Hon Friend from North Shropshire rightly said here earlier, “we owe it to them now to go out and look after them”.

So let us look after our veterans, and let us protect the values of democracy, liberty, and tolerance we hold dear. We must not take them for granted.